Getting lost down town... 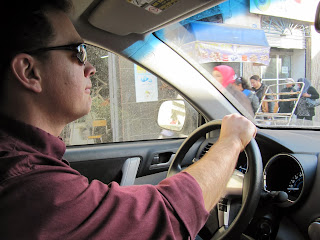 On Saturday, in our rented car Mr was our tour guide down town.....and we got lost.....not badly juste une peu. 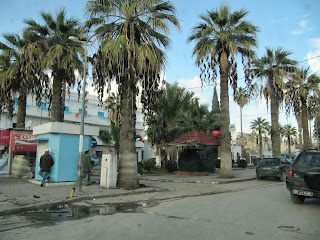 Things started off well and then we took a bit of a wrong turn.... 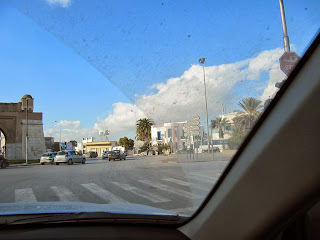 and we drove into the Medina 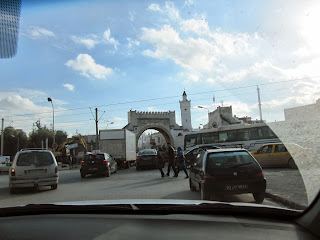 the traffic was a little scarier than we were used to- but Richard did a great job navigating us through the narrow streets and various road obstacles (sidewalks are optional for pedestrians to use, stop signs and red lights are considered to be suggestions, and motorcyclists don't have to obey one-way road directions) 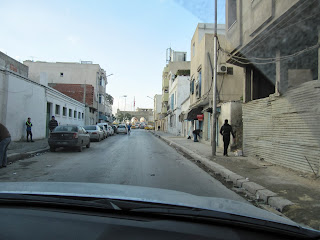 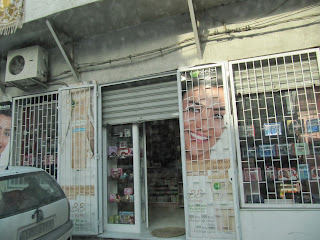 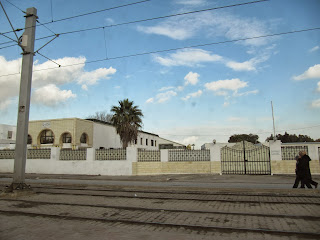 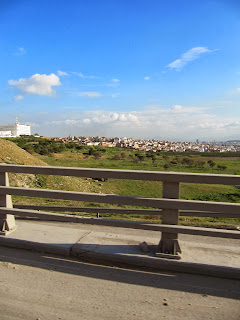 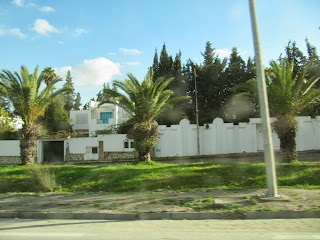 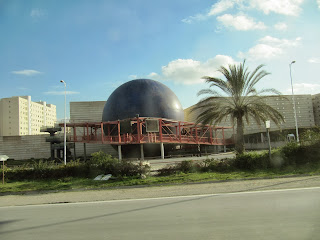 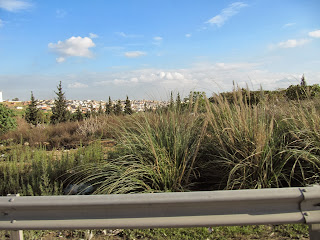 Eventually we found our way into this scary tunnel 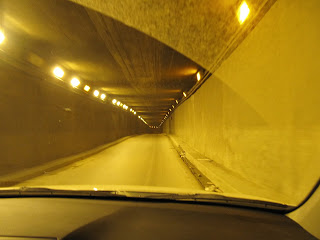 And out the other side into a big roundabout. Out of the 8 possible choices of exits from the roundabout, Mr chose incorrectly, so after that we decided after that to give up on our idea of getting to the National museum (known as the Bardo Museum). We headed back in the rough direction of the airport, and we ended up bowling near our house instead. Kaitlyn got the best score, Kellan managed to deal with the adult-sized balls, and Keegan did well, too (despite trying not to try). 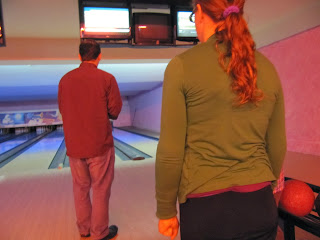 We went home after this and prepared to attend a dinner at the Canadian ambassador's house.
It was a lovely event and we met some of the Canadian and Tunisians working at the embassy here.  We got a little lost on the way to the dinner but it was only to make us fashionably late.
Keegan got to fill up on delicious turkey and there was plenty of buche de noel for the finale of the evening.
Kaitlyn even got to jump on the trampoline in the back yard (a highlight in her view!).
And the views from the hill where the house is situated are wonderful.
We got home a bit later than we wanted and had trouble sleeping....which made a much later start to the day Sunday.....but we are still on vacation.
We did visit the beach and hope to post those photos soon.
Love to all!