We were lucky again to rent a vehicle from the embassy and we set off for the area known as La Goulette. La Goulette is the current port of Tunis and hopefully we can take a ferry to Palermo from this location before the kids need to go back to school.
This area has historical significance, being the site of a fort built in the 1500's by the Spanish and then later used by the Ottoman Turks to conquer the area.  This fort is currently used as a theatre. 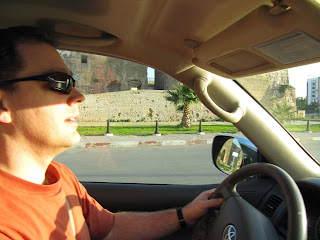 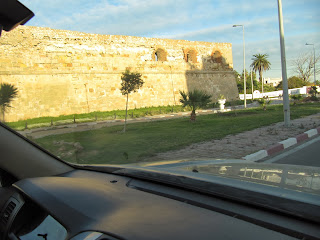 The beach at La Goulette is quite long and beautiful.  We visited on a Friday afternoon and there were not many visitors as most people were at the mosque. Jumu'ah is the practice of Friday prayer that typically begins after noon.  When the children finally get into school, their school day will end early on Friday out of respect for this practice.  We did commit a terrible foreign person faux pas - we attempted to enter "la cave" (the place that sells alcohol within the Carrefour supermarket) on Friday evening.  Ahead of us there were a group of young (I assume they were Tunisian) men also attempting to enter the 'cave'.  The security at the entrance began shouting at them repeatedly for their passports.....Tunisians are not allowed to purchase alcohol on Friday but our diplomatic cards got us into the 'cave'....it was as empty as I have ever seen the 'cave' (in contrast to the afternoon of New Year's Eve, when it seemed like half of the shoppers at Carrefour were trying to get into the 'cave'). 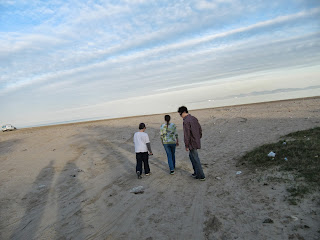 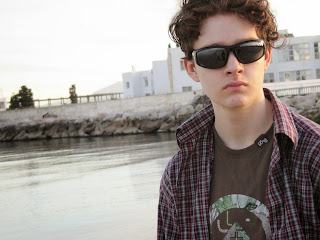 Keegan loves having his photo taken! 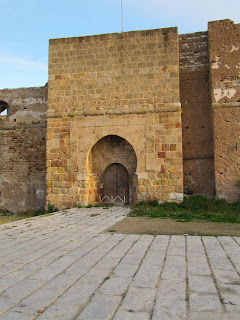 These are the gates to the old fort in La Goulette. 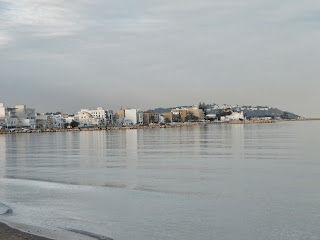 The beach is a short walk from the fort area and offers a broad view of the surrounding area. 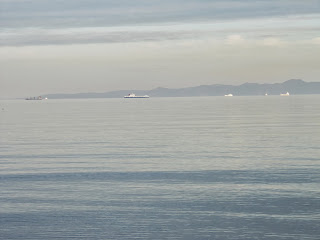 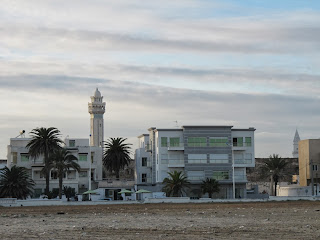 The La Goulette area is known to have supported a diverse religious history, having had pockets of Christian, Jewish and Muslim worshippers until the six day war between Israel and Egypt caused the remaining Jewish families to leave feeling they could no longer enjoy the tolerance of this lovely neighbourhood. There is a film made in the 1990s that talks about the time when this was a more diverse neighbourhood (A Summer in La Goulette) We can see from the view from the beach that this is likely a great beach in the summer. It was great for us any time... 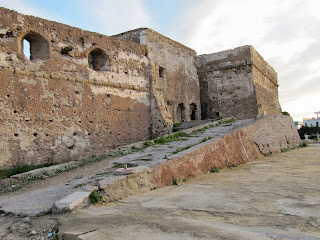 Lovely view of the fort! 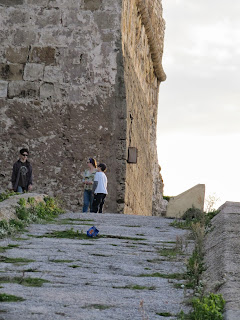 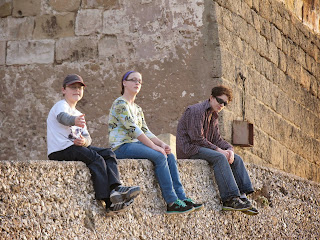 Some cute kids on the fort! 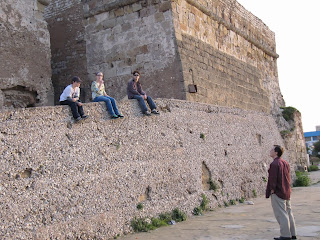 I saw someone talking to the kids - hoping they would not fall off the edge! 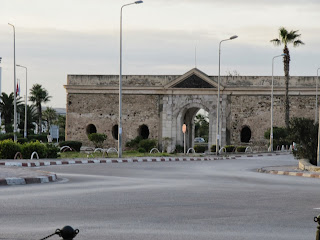 Walking back to the car we were able to see the gates to the former port built by the Spanish in the 16th Century. 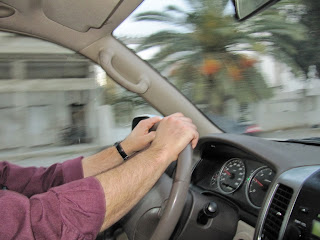 We drove on from there hoping to find somewhere to eat dinner (we heard that La Goulette was not as expensive as other places in Tunis - like our neighbourhood of Berges du Lac.
They were right - we drove past.... 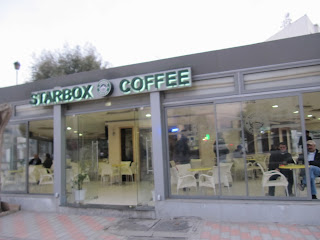 We found a great pizza place nearby -- the kids had huge pizzas, and Richard and I had some non pizza items (fish and turkey) for about $20 Canadian.  Amazing!  And because of the time of day we were almost the only people in the place.  Most Tunisians don't have dinner until after 7:30 - this is likely never going to work with our schedule...

We took a drive before dinner to get a better sense of the area and we found ourselves in an industrial area (not surprising because of the proximity to the port) but it was quite polluted, as were the salt marshes that bordered it.  We found out that we were driving on the ironically-named "quality of life boulevard", which intersected at some point with the even more ironically-named "boulevard de l'environnement".  From the photo you can see what one graffiti artist thinks of this..... 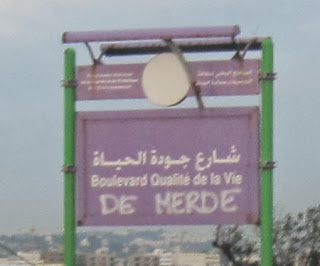 We had a nice evening out even if we did spend a portion of it shopping....again! 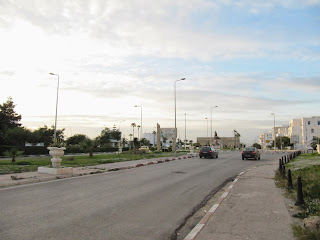 Wonder what we will see next!?
Posted by Unknown at 00:30